We strive to treat you like family. We want to offer compassionate service that goes "above and beyond" your expectations. We understand that the funeral ceremony is one that plays a significant role in our lives and that meaningful ceremonies do not just occur, they require guidance and thoughtful planning. We promise to listen and respond compassionately to any and all of your requests. Simply put, our goal is to help you find joy in the way you choose to remember, honor and celebrate that wonderful life. 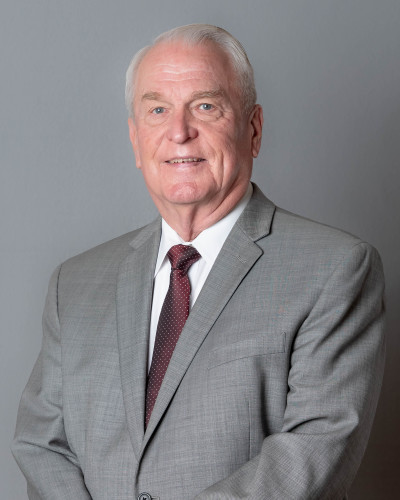 William Guerry "Bill" was born in Lake City, FL and lived there for many years before he moved to Baker County, FL, with his wife Diane, where purchased Brinkley Funeral Home. Bill was raised in the funeral home industry by his father, Theo Guerry, who owned and operated Sherrill-Guerry Funeral Home in Columbia County.

Bill is a graduate of Columbia County High School and graduated from Dallas-Institute Gupton Jones College of Mortuary Science in Dallas, TX. in 1965. Once he was settled in Baker County and Guerry Funeral Home was established, he went back to Lake City and opened a funeral home location there as well.

Funeral service runs deep in the Guerry blood and he loves being able to serve the communities of Baker, Columbia, and beyond. In his spare time he enjoys fishing, traveling, and spending time with his family. 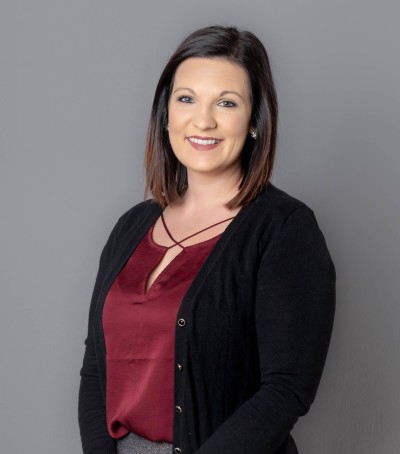 Brittnee was born in Jacksonville, FL and has been a lifelong resident of Baker County, FL. She is the daughter of Chris and Stacey Dopson and the granddaughter of Dr. Gary and Veda Dopson and Bill and Diane Guerry. Brittnee is a 2008 graduate of Baker County High School and a 2012 graduate of the Mortuary Science Associates Degree Program at Florida State College at Jacksonville.

Funeral service has been a part of Brittnee’s life since she was a small child, spending her days running around the funeral home. Growing up around the industry it was a natural decision to become involved in the family business. Brittnee has two precious daughters, Eva and Emree. In her spare time Brittnee enjoys spending time at the lake with her family, traveling and cooking. 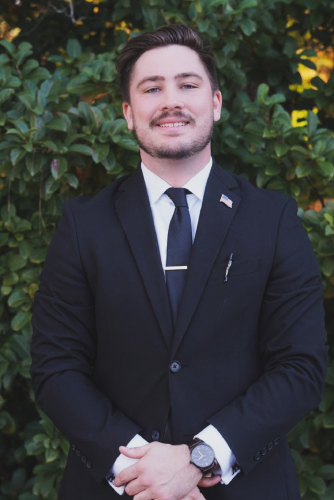 Cameron Wilson was born in Jacksonville, Florida, but was raised in Baker County. Graduating from Baker County High School in 2015, Cameron went to school at Lake Sumter State College on a baseball scholarship. After completing 2 years and receiving an Associate in Arts degree from Lake Sumter, he came back home and enrolled in Florida Gateway to start the nursing program. After receiving the opportunity to work full time at Guerry Funeral Home, he quickly changed career paths and will start classes at St. Petersburg College to receive his Associate of Science degree in Mortuary Science. Cameron hopes to pursue a career in the funeral business and takes pride in everything he does for the community.  Cameron enjoys spending his free time with his family and his dog, Harper. 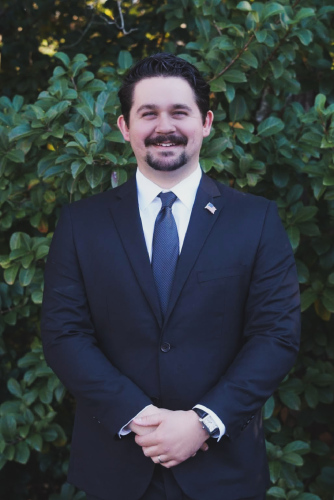 Dylan Hall was born in Augusta, Georgia and was raised here in Baker County. After graduating from Baker County High School in 2016 Dylan attended Florida State College at Jacksonville on a baseball scholarship where he received an Associates in Arts. Dylan is currently enrolled at St. Petersburg College where he is working towards gaining an Associates of Science in Mortuary Science. In his free time Dylan enjoys spending time with his family, friends, and wife, Genie Hall.

Alexis Scheider was born in Jacksonville, Florida and was raised in Baker County, Florida. Alexis graduated from high school in 2020 and proceeded to enter the United States Army National Guard. Upon returning home from training, Alexis knew she wanted to enter the funeral business and was thrilled to jump on the opportunity to work at Guerry Funeral Home. Alexis now attends St. Petersburg College’s Mortuary Science program where she is working towards gaining her Associates of Science in Mortuary Science. Alexis enjoys fitness and spending time with her family.

A year of daily grief support

Our support in your time of need does not end after the funeral services.  Enter your email below to receive a grief support message from us each day for a year.  You can unsubscribe at any time.